Each fall, a long assembly line snakes through Robertsdale United Methodist Church. It starts just outside the sanctuary and meanders through Fellowship Hall and the kitchen, finally ending in a room on the other side of the building.

It’s all about fruitcake. 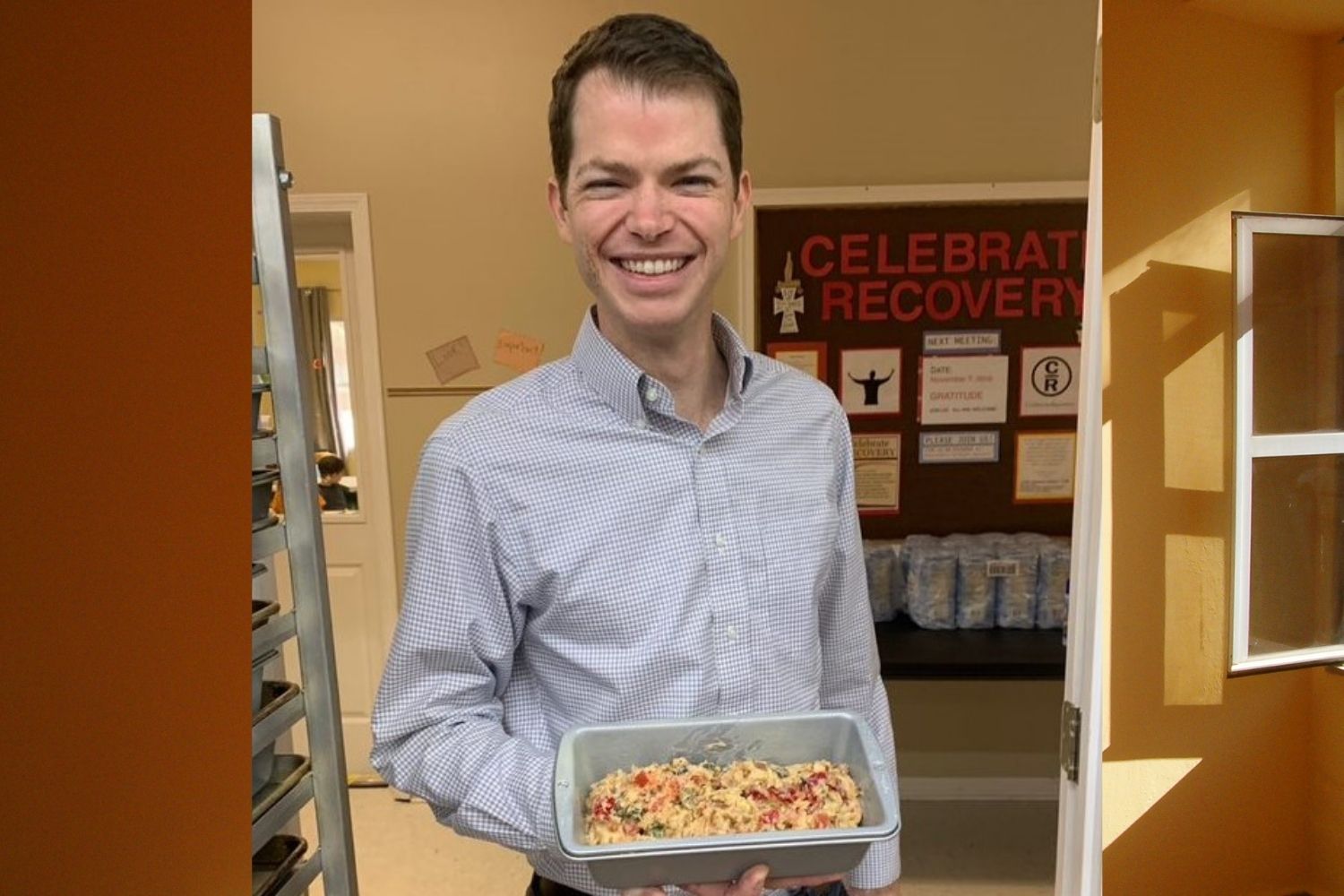 Fruitcake is a big deal for this Robertsdale, Alabama, congregation, with sales funding local, national and international missions. Like other United Methodists around the globe who actively work to transform the world, the missions have been disrupted by COVID-19. Though the work has slowed, it has not stopped, with church members determined to resume whenever it’s safe.

Selling fruitcakes may be an atypical fundraiser but the results are undeniable.

“Honest to goodness, I didn’t believe it until I tried it for myself,” said the Rev. Jonathan Hart, pastor at Robertsdale UMC. “But it is the best fruitcake I’ve ever eaten. … It’s not that traditional dry, flavorless (fruitcake that) tastes like a brick.”

The fruitcake sales, based on a member’s top-secret recipe, have been going on since long before Hart came to the church four years ago. The church makes upwards of $15,000 most years selling 1,200 to 1,400 fruitcakes. It’s a United Methodist Women project, but it’s “all hands on deck” when it comes to baking, packaging and shipping, Hart said.

The fruitcake ministry was put on hold in 2020 because of the coronavirus, but all hope the  assembly line will once again dominate the church for a week this November. 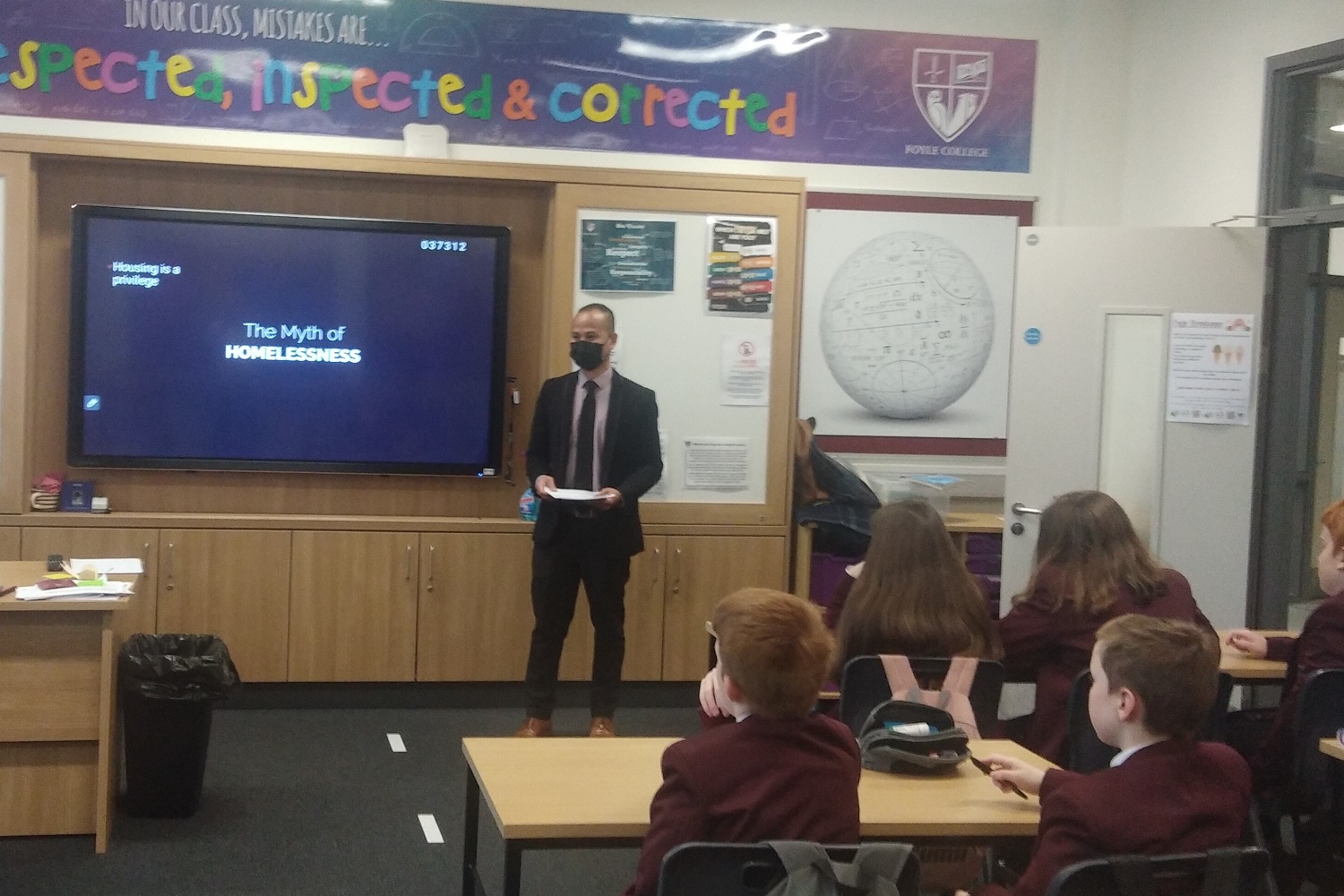 COVID-19 didn’t stop Warren Alfeche’s work in Northern Ireland as a Global Mission Fellow, but it did disrupt it.

Alfeche teaches and offers support at a shelter in Derry. He also educates students about homelessness and helps to feed the hungry.

For now, Zoom is the primary venue for much of Alfeche’s preaching, teaching, small group leadership and fellowship activities.

“We find little ways to bring hope and to support these vulnerable people in the community with the resources that we have,” Alfeche said. “I like this job because I've seen the long-term effect of what we are doing, particularly in resolving the housing issues and talking with our clients to assess their complex needs.” 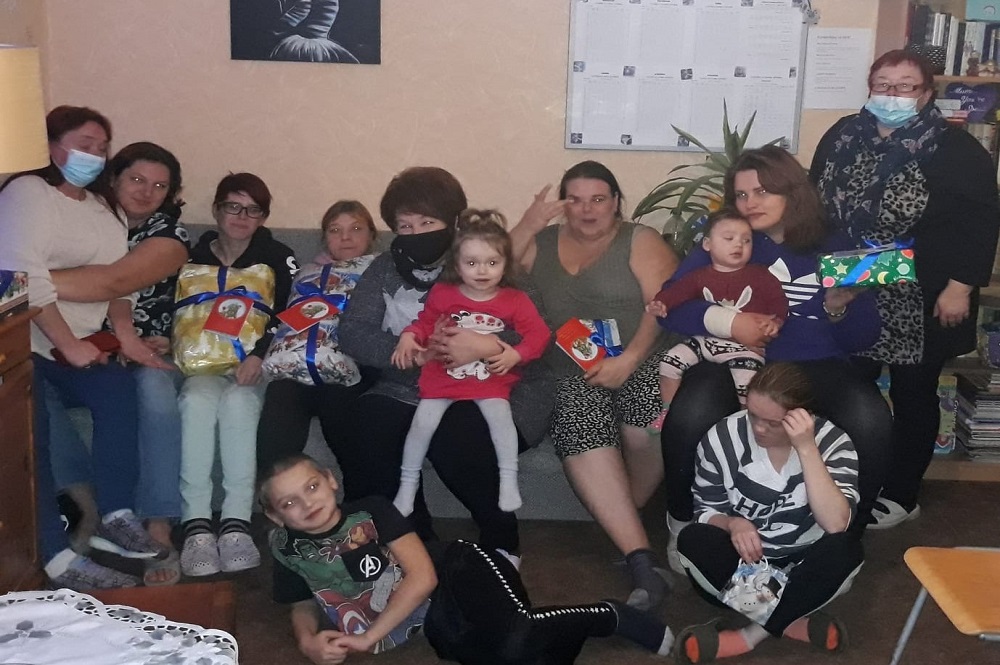 The Hope Center of Latvia, a home for unwed mothers and their children, is supported by Global Ministries of The United Methodist Church. Photo courtesy of The Hope Center.

A missional adjustment in Latvia

The Hope Center in Latvia, where unwed mothers receive a place to stay and tutoring on caring for their babies, has refinded its mission.

“The pandemic made us realize how important the ministry is to mentally challenged mothers and their children,” said Gita Binane, Hope Center director, in a news release. “There is a huge shortage of facilities willing to work with these mothers and lately the Hope Center seems to be the top candidate for placement. This has certainly brought many challenges to the ministry.

“At the moment, all of the mothers living at the center are officially classed as mentally challenged in different degrees of severity,” Binane said. “They all must be trained to remember to put their child’s welfare as a priority.”

COVID-19 increased the workload, Binane said. With the center closed to visitors, staff is required to do all the shopping and transporting clients to medical appointments.

The Fund for Mission in Europe, established in 1990 by the European Methodist Council, supports the Hope Center, as does Global Ministries of The United Methodist Church.

Mechanics on a mission

In Butler, Indiana, unexpected bills for automobile repairs were hamstringing the ability of some to get themselves to work or even interviews for jobs. The town’s steel mills have laid off workers over the past year.

“We were getting a lot of requests for aid for car repairs,” said Pastor Sam Weicht of Butler United Methodist Church, who added that the cost for a mechanic ranges from $60 to $160 hourly.

“We were sitting around talking about how the church should be missional, should be outside the four walls,” Sam Weicht said, recalling a conversation with his brother, Steve, a certified mechanic. “We were thinking about ways to give back to the community and also spread the Word.”

Donate to Hope Center of Latvia.

Donate to the Dream League.

“We were able to get free labor,” Sam Weicht said, adding that donations assisted with paying for parts.“

The repairs happen on the second Saturday of the month, with between one and five cars being fixed per day.

Giving children with disabilities a sense of normalcy

The Dream League in Sugar Land, Texas, also was affected temporarily by the pandemic.

Based on a similar effort in Austin, Texas, the Dream League offers children with disabilities the opportunity to experience baseball as participants.

Christ Church Sugar Land, a United Methodist congregation near the playing field, has been a supporter since the league started and hosted the year end party for several years.

Before COVID-19 the league had grown from 45 to 120 players, and even took part in a Little League World Series exhibition game in 2015. The league also includes “angels,” buddies who help children with disabilities participate. They push the wheelchairs of some of the children during the games and generally ensure nobody is left out of the action.

“Everybody bats, and it used to be they all hit off a tee, but now they’ve gotten good enough that you coach pitch to them,” said Donna Danto, one of the league’s founders. “Everybody has a buddy that runs with them, and it’s just heartfelt.”