Part 3 in a 4-part series on Wesleyan small groups. Read the other stories in the series here. 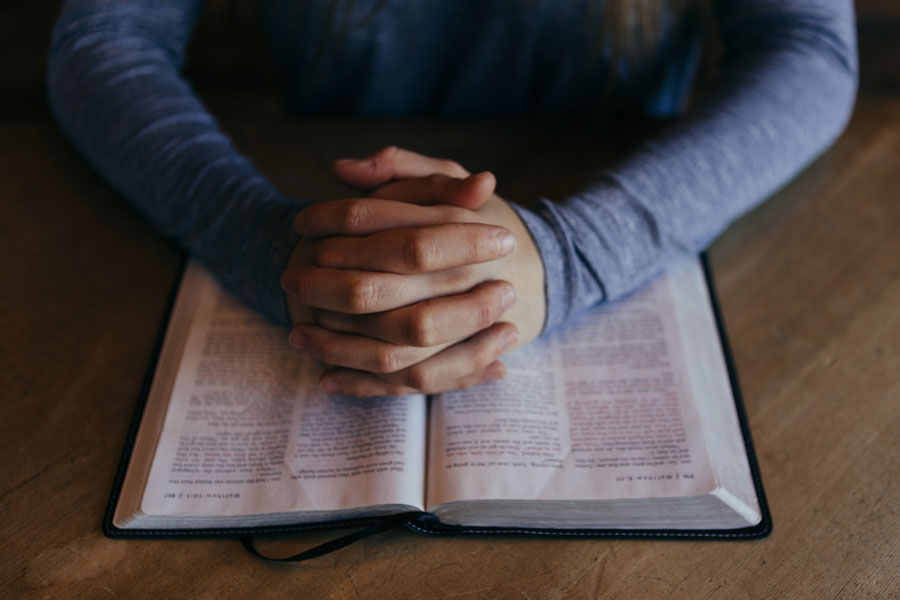 Many share the experience of feeling that our spirtual journeys have stalled. Photo Creative Commons, courtesy Unsplash.

Many of us share the experience of feeling our spiritual journeys have stalled. Try as we might, our prayer and devotional lives are stagnant. We struggle with the same sinful habits today that we did yesterday and the day before that. We long to serve God and others, but are uncertain or anxious about how to do it.

This is not a new problem.

Through the centuries, Christians have grown as disciples through sharing their successes and struggles with small groups of trusted friends. The United Methodist Church has a long history of small group ministry that continues today.

Discipleship Ministries of The United Methodist Church equips congregations in Covenant Discipleship, an effective method for making and shaping disciples of Jesus. This is another adaptation of the Wesleyan Class Meeting.

Covenant Discipleship participants at Newark (Delaware) United Methodist Church are happy to share what this ministry has done for them.

“Now I do regular daily devotions,” one member reports.

Another says, “I’m more aware and accountable for showing appreciation to people in my daily life.”

Through Covenant Discipleship, people grow in holiness of heart and life; inner love of God that is expressed by outer love of those whom God loves.

Covenant Discipleship groups are gatherings of 5 to 7 people who agree to meet together weekly for mutual accountability and support for living the Christian life.

THE GENERAL RULE OF DISCIPLESHIP

To witness to Jesus Christ in the world
and to follow His teachings through acts of
compassion, justice, worship, and devotion
under the guidance of the Holy Spirit. 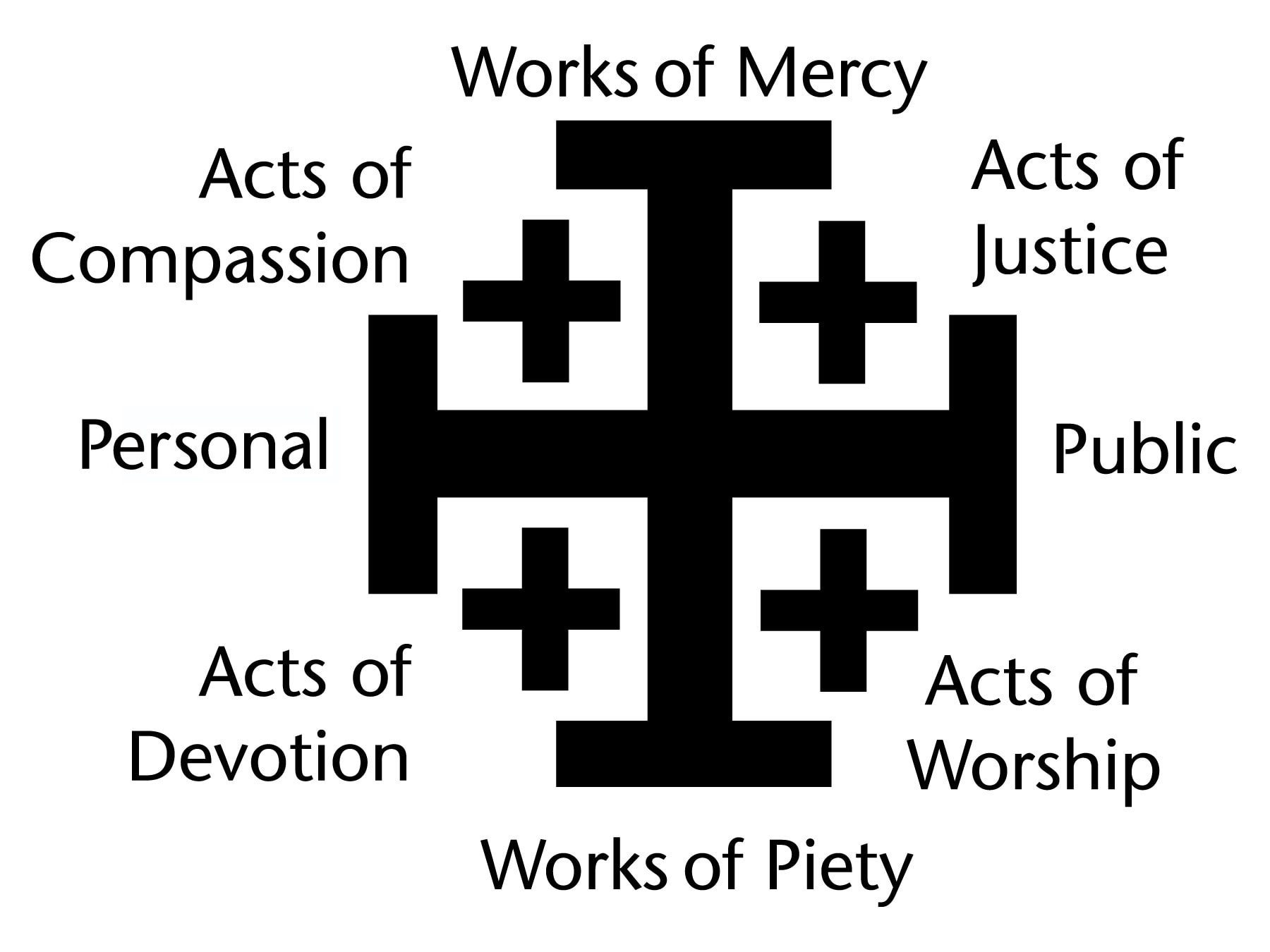 During their initial 6-8 meetings, the group writes a covenant stating how they will live a balanced Christian life shaped by the General Rule of Discipleship (see sidebar on right). The covenant includes a list of 8-10 habits that help them follow Jesus’ teaching summarized by him in Matthew 22:37-40. These cover the four practices that form holiness in disciples —acts of compassion, justice, worship, and devotion.

In their weekly, one-hour meetings, the covenant serves as the agenda.

After an opening prayer and maybe a scripture reading, “The leader then begins with him or herself, giving an account of how they’ve done with the first clause in their covenant,” explains the Rev. Steven Manskar, Director of Wesleyan Leadership with Discipleship Ministries of The United Methodist Church.

“In my group,” he continued, “our first clause is, ‘I will seek out ways to show compassion for all people and all of God’s Creation.’ So if I’m leading this week then I will give an account—usually just tell a short story of what I did to show compassion to someone, or perhaps several people.”

The leader then invites each member to give their account of how they did on that same clause.

“We go around the circle and everybody shares. Then we move on to the next clause,” Manskar reports. “It is a very simple process of question and answer.”

These interactions shape disciples, but the Covenant Discipleship group is not the end goal.

“It’s important that people understand that Covenant Discipleship Groups are not the Class Meeting,” Manskar clarifies. “They are the means to re-traditioning the Class Meeting in the congregation.”

Wesley and his ministers “identified those persons who were mature disciples of Jesus who could be trusted with discipling others. Those were the people who were the class leaders,” he stated.

Covenant Discipleship groups form disciples the congregation needs to make disciples. Some of these women and men will be called by God to the office of Class Leader.

After Covenant Discipleship groups have been meeting for approximately 2 years and have taken root in the life of the congregation, they may begin to identify people as potential Class Leaders. The potential Class Leaders then go through a process of discernment with their pastor and Staff/Pastor-Parish Relations Committee.

A Class Leader serves as a discipleship coach for 15-20 people who are ready to be more intentional about living the Christian life, shaped by the General Rule of Discipleship.

“The Covenant Discipleship groups need to understand that the group is not about them. While members will certainly be blessed by the weekly accountability and support of their group, they need to understand that the group exists to form leaders in discipleship for the congregation to be faithful to its mission,” Manskar explains. “The reason they are in that group is because God has called them to this ministry of discipleship.”

As described by Discipleship Ministries, “These means of grace are gifts from God given to help us make time and space for God in our lives. 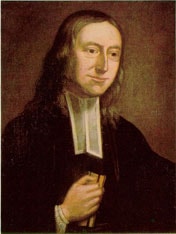 From John Wesley:
“By ‘means of grace’ I understand outward signs, words, or actions, ordained of God, and appointed for this end, to be the ordinary channels whereby he might convey to [people], preventing, justifying, or sanctifying grace” (Sermon 16: “The Means of Grace”).

As described by Discipleship Ministries, “These means of grace are gifts from God given to help us make time and space for God in our lives.

While this is significant growth from the two pilot groups they had in 2007, the success of this ministry is about so much more than numbers. Changed lives and new or rejuvenated ministries tell the real story.

One participant explains, “I have come to depend upon our CD group as a ‘filling station’ where I am accepted, supported, and guided in a gentle way by friends and fellow strivers. I always learn something of value, am reminded of something in a new way, and provided a question to ponder for some moments during the week.”

Another tells of the powerful relationships formed. “This group [comprises] the first people I’d go to during hard times. There is no judgment.... I can be myself.”

Manskar knows the influence Covenant Discipleship has on participants, and the impact those participants then have on their congregation and community.

“That process of intentionally living the Christian life,” he says, “equips and empowers people. The spiritual gifts God has given them get released into the world and into the congregation. These people start doing things that they never thought they could do.”

Deshon has seen this as well. One group member “has personally helped involve a homeless man in weekly worship at our church and is actively mentoring him,” he reports.

Newark United Methodist Church also recently formed a Social Justice Committee, which Deshon attributes “primarily to increased numbers of people participating in CD.” Group participants started a recycling program with the local Chamber of Commerce, lobbied for the repeal of the death penalty, have become involved in support for the local gay, lesbian, bisexual, transgender and questioning community, and have promoted peace in Palestine and Israel.

Covenant Discipleship is making disciples who make disciples. Together they transform churches, communities, and the world.

Click here to learn how your church can begin this powerful ministry with Discipleship Ministries of The United Methodist Church.

We conclude this series on Wesleyan small groups by looking at how Class Meetings bridge borders and barriers.

*Joe Iovino works for UMC.org at United Methodist Communications. Contact him at [email protected] or 615-312-3733.