Bill and Ted and the harmony of creation

In an age of increasing divisiveness, we could recapture an imagination for harmonizing and unity. In their latest movie, Bill and Ted Face the Music, two unlikely characters offer a witness for a pathway to harmony in creation.

Why are human beings so responsive to music? Why do we love to join voices together to familiar songs? What makes us compulsively tap our toes when the right jam comes on the radio?

Perhaps more importantly, why do I feel an instant bond with the person I see wearing a t-shirt from one of my favorite bands?

I ask these questions not really to get nor provide answers here. But rather to note that music serves to motivate, move and unite people. Music is a bonding agent from one person to another.

Way back in 1989, writers Chris Matheson and Ed Solomon noted music’s unifying influence. They imagined two good-time seeking teenagers giving the world the gift of a song that brings everyone together. Of course, there must be resistance to an act as mighty as uniting the world. First, we have to overcome our own narrow points of view and embrace a more diverse view of humanity. Then we must inspire others to do the same. Those two key conflicts form the basis of Matheson’s and Solomon’s first two movies featuring the oft-baffled, but well-meaning teens who will unite the world: Bill and Ted. 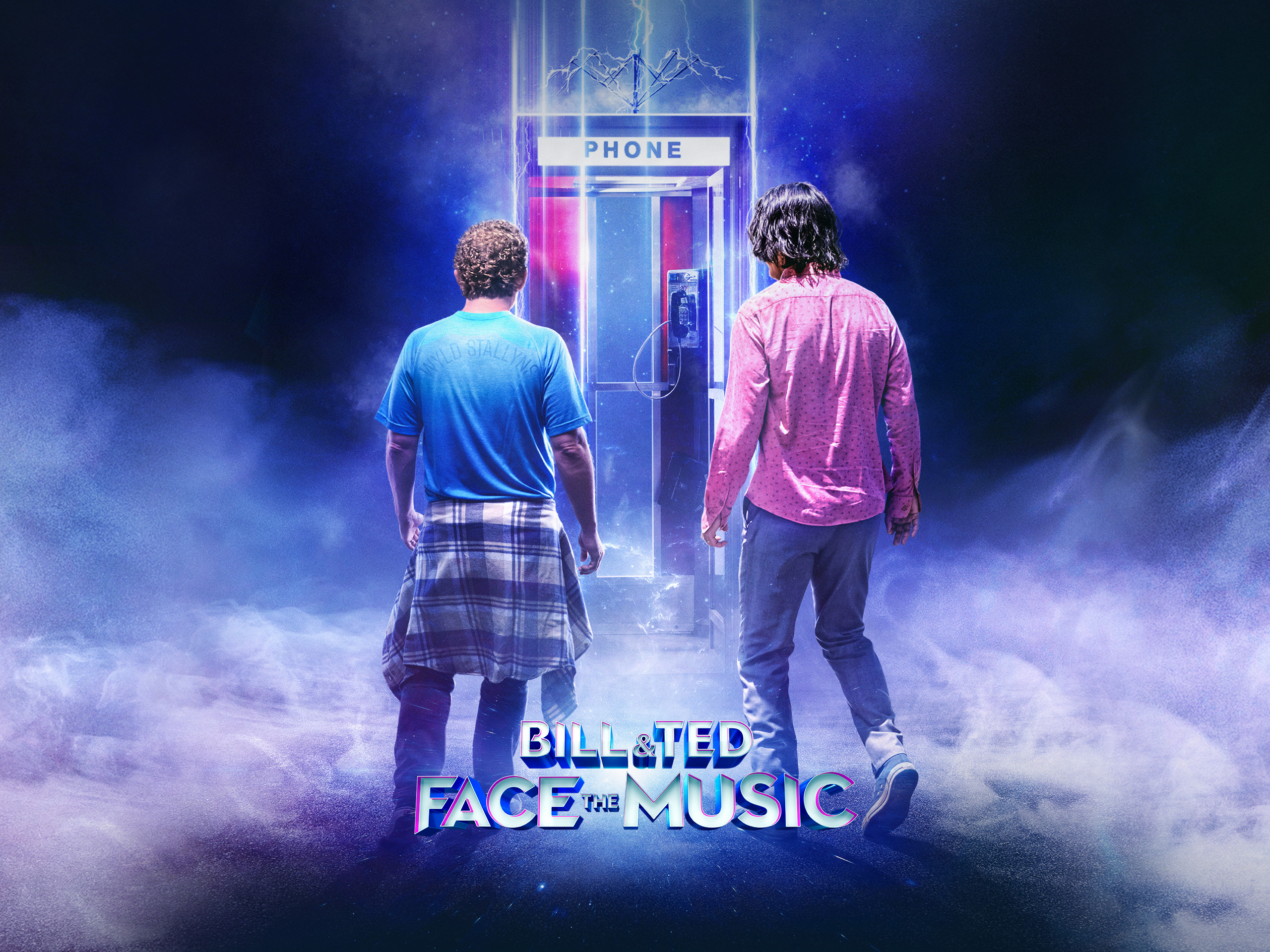 Now here we are, 30 years later and Bill and Ted are back in their third movie: Bill and Ted Face the Music. Bill and Ted’s story mirrors our conditions in 2020: the world is far from united. In the latest Bill and Ted installment, the two heroes are middle-aged and struggling against time to finally write the song that will unite the world.

In the opening scene of the movie, we find Bill and Ted recalling their previous lessons--notably that they must accept a diverse view of humanity. Bill and Ted have become students of world music and perform a song including so many musical styles that it becomes a hullabaloo of dissonance. The world, outside of Bill and Ted’s 20-something-year-old daughters, hate it.

Bill, Ted and their daughters, Thea and Billie, soon learn that all of creation will become undone because it can’t find unity. The world needs Bill and Ted’s song to save it. We need unity.

This isn’t a new idea. None other than J.R.R. Tolkien played around with the idea of creation unified in song. In the book supplying the mythological foundation of Tolkien’s Middle Earth (The Silmarillion), we get the story of the song of creation. To provide a simple synopsis: the creator began creation as a song--which all of creation then sang together. Everything was in unity until one voice decided it was more beautiful than the others and wished to sing its own theme. It began singing apart from the rest of creation, introducing discord. Soon, some voices became confused and joined the new voice in the rebellious song. Other voices lost the tune and introduced their pale versions of the original theme. Still, others heard the variant themes and decided to add in their own--further splintering the chorus of creation.

When the cacophony became too disparate, the creator raised a hand and introduced a new theme.

Tolkien’s creation story is an allegory for Christian beliefs. In the Christian tradition, we believe that creation has become fractured: the world is not as it should be. The story we tell about this fracturing of the world’s perfect unity comes in the first book of the Bible: Genesis. As the story goes, the first humans lived in harmony with the world around them. God gave them the responsibility to tend the world and they were to follow God’s precepts. Notably, they were not to eat the fruit on the Tree of Knowledge of Good and Evil. But the humans want to be like God, so they ate the forbidden fruit. Just like in Tolkien’s story, it was pride and disunity that disrupted the goodness of creation.

We believe that creation is now mired in a state of disobedience and disunity. But we have seen the creator’s redirecting hand. In Jesus, we believe God has presented a new theme for creation--one that will ultimately lead us back into a unified creation. We believe that in following we are heading towards a world set to rights.

The same disruptors--pride and disunity--are whimsically present in Bill and Ted’s story. Throughout their story, we find Bill and Ted in conflict with one another, with their families, with bandmates, with the calling placed on their lives, and with the presumptions of the world. The beautiful witness of Bill and Ted is that they are either too naive or too innocent to give up on their quest. They hold complete faith in the validity of their call to create a song that will unite the world. And they innocently hold onto faith that people can be--and will be--united if we simply find the right things to unite us.

I don’t think it’s a plot spoiler to admit that creation is not undone at the end of Bill and Ted Face the Music--but that doesn’t mean that Bill and Ted succeed in writing their song. Something surprising happens that is far more inclusive in its redemptive power than Bill and Ted just handing the world a song for people to simply listen to. Let’s just say that the surprise ending involves Bill and Ted personally removing the great disruptors of our world: pride and power.

One of the reasons we love music is because it brings people together. It provides a common bond. Perhaps one of the reasons why many of us respond positively to the Bill and Ted movies (and why there would be a new installment made 30 years after the original) is that, in their innocence, the characters of Bill and Ted affirm our belief in the goodness of humanity. Instead of calling us to ask “Why is the world so messed up?” Bill and Ted challenge us to ask “What’s going to bring us together?” It’s a good question to ask.

Of course, Bill and Ted famously supply an answer to that question, too: “Be excellent to each other.” I hear that as an echo of Christian thought, as well: “Love your neighbor as yourself.” Maybe the way to unite is that innocently simple--at least, it’s a place to start.

Ryan Dunn is the Minister of Online Engagement, Rethink Church. Reach him by email.
Ask The UMC
Find A Church

Rethink Church
Back to top