Being a Methodist as a Native American

Marilyn Anderson has spent her life living on the Seneca Territory, surrounded by family and friends, both Traditional (Longhouse) and Christian. She is an enrolled Seneca. Her father was a product of the Thomas Indian Boarding School.

She has been a devoted member of the Committee on Native American Ministries (CONAM) for 5+ years, driving 3 hours one-way to attend CONAM meetings held at the Upper New York (UNY) Conference center. She is a person I turn to; to hear her voice and understand the people who have lived the Indigenous culture. Her voice has often influenced my decisions on the actions of CONAM. 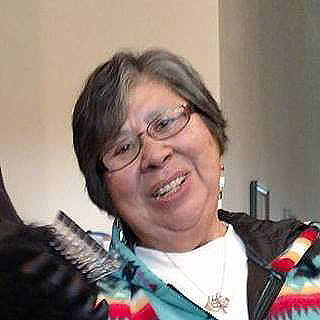 Our most recent pastor embraced our culture, respected us and our traditional teachings, and he brought enthusiasm back to our dwindling congregation, but we do not have him with us anymore.

We don’t have young people anymore – the youngest is about 50 years old. Many of the young people on our territory attend the Longhouse (Traditional Way). When our most recent pastor came to us, he was required to fill out many reports and he had to be “approved” by a District committee to serve us. I don’t remember ever having to fill out reports – most of which don’t apply to our small congregation. I didn’t know that pastors had to be “approved” in order to serve us.

I feel that everything goes back to the impact that boarding schools have had on our lives. The Doctrine of Discovery and the purpose of the boarding schools combine to make unacceptable social/cultural threats to native people. We still experience the effects of boarding schools today – as individuals and a community.

Non-natives cannot understand the effect that boarding schools have had on us – and sometimes we natives don’t understand it either. Immigrants to America can probably relate to these feelings, especially those that were imprisoned for being who they are.

The Methodist Church (the organization) pays respect to Natives, but they don’t understand who we are and the struggles that we face. Education can help to build respect, but it takes time. For the time being, they (the Church) should listen to us and take their direction from us when working with Natives. I don’t know what the future holds for our church, but I know that it’s not easy being a quarter-time pastor on a Native territory. I don’t think that the Church “organization” truly understands our needs, our challenges, and our culture and how important it is to have a pastor who respects us”.

excerpt from a story by Kae Wilbert and Marilyn Anderson, CONAM