Many church architecture terms come from Latin and Greek origins.

For many centuries, one common plan of church architecture has been to build the worship space in the shape of a cross. The cruciform structure included the narthex and nave on one end, cross arms, and the sanctuary at the other end. The nave area usually extended west from the crossing, the choir and sanctuary toward the east. 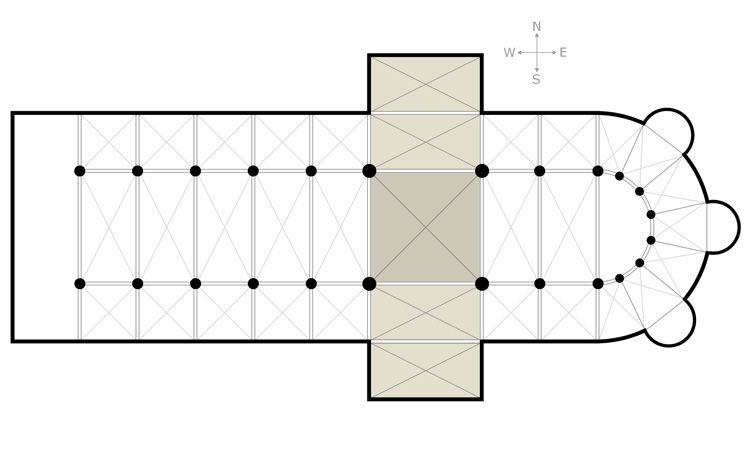 A transept (with two semi-transepts) is a transverse part of any building, which lies across the main body of the edifice. In churches, a transept is an area set crosswise to the nave in a cruciform ("cross-shaped") building within the Romanesque and Gothic Christian church architectural traditions. Definition courtesy of Wikipedia Commons; diagram by Lusitana, courtesy of Wikimedia Commons.

The term narthex, Greek for “scourge,” refers to a porch or gathering space outside the main worship space (or nave). Early Christians used this term to refer to the outer portico where penitents (those who had committed serious sins) and catechumens (converts preparing for baptism) gathered for worship. Penitents and catechumens were not permitted to worship with other Christians in the main worship space until they had completed their orientation or reorientation to Christian life. Today, this gathering place functions as an interface between the church and the world, a space for welcoming. 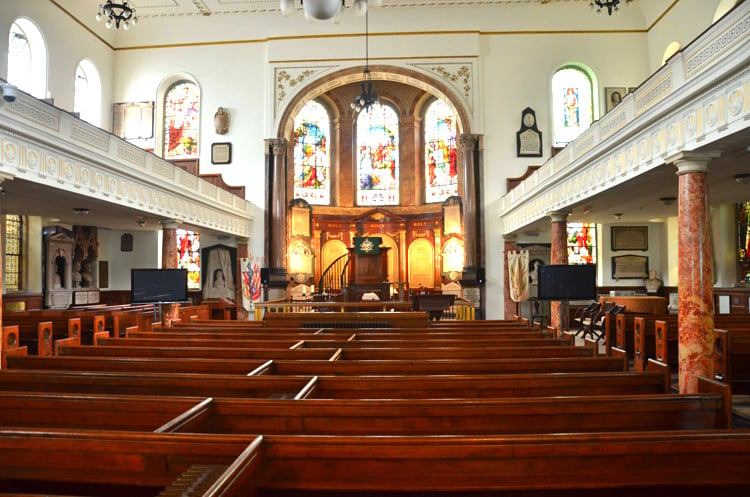 A view down the nave or principal longitudinal area of a church in Wesley's Chapel in the London Borough of Islington. Originally City Road Chapel, the Methodist church was built in 1778 under the direction of John Wesley. Photo by Bob Johnson, courtesy of Wikimedia Commons. 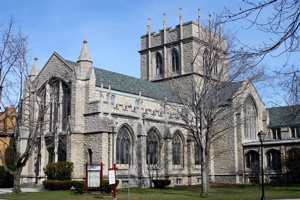 Read about the architecture and history of Central Park United Methodist Church.

Glossary of Medieval Art and Architecture

What are the origins of cathedrals and chapels?

Why don’t we call this space the lobby? Lobby is another term for the same kind of covered walk or portico near the entrance of a larger main space, but one that was adapted from political use, rather than Christian use. The lobby (lobium in Latin) is where the “lobbyists” would gather to seek to influence the votes of lawmakers and others admitted to the space where decisions were made.

The term nave comes from the Latin word, navis, meaning “ship.” The main worship space of many churches was intentionally built to resemble a ship, or more specifically, Noah’s Ark.  This points to the role of the church as an ark of salvation. From this area, the congregation can see and hear the pastor and the choir.

Sanctuary, from Latin sanctus for holy or sacred, refers specifically to the area around the Lord’s table where the Eucharistic sacrifice is offered. Often in Western churches, the choir is also seated in the sanctuary. It is the holiest space within the worship area. In Eastern Christianity, the sanctuary is separated by a wall of icons (iconostasis). Icons are signs and reminders of the holiness encountered as Christians gather in the space. Some Western churches have a screen (rood screen) separating the sanctuary, where the clergy preside, from the nave, where the lay people worship. Many Protestant churches distinguish this space by an altar rail. Often Protestants today refer to the whole worship space as the sanctuary. 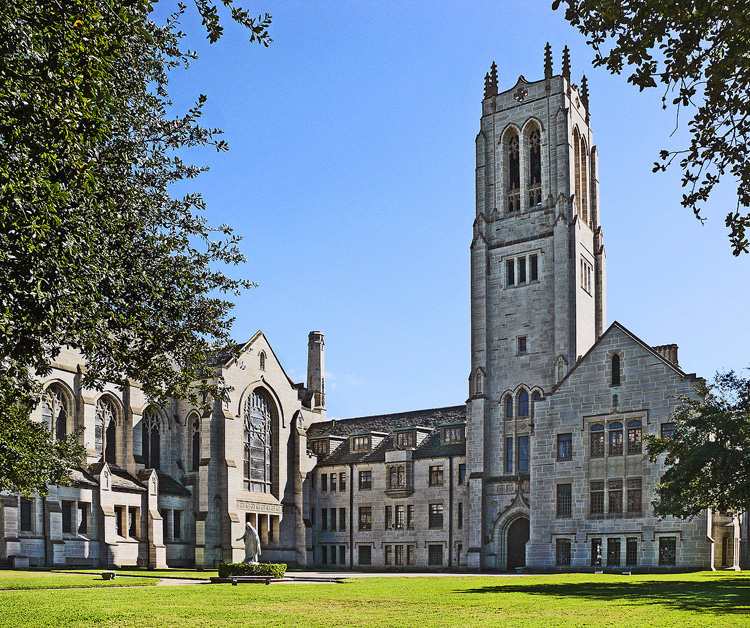 The Neo-Gothic styling of St. Paul’s United Methodist Church in Houston, Texas, built in the late 1920s, features a cruciform plan on a steel-frame structure with limestone cladding. Stained glass windows are from the original structure, and the tower's bells were brought from the church’s original sanctuary. Photo by James "Jim" Evans, courtesy of Wikimedia Commons

Have questions? Ask The UMC or talk with a pastor near you. And check out other recent Q&As.