When was the first African-American bishop elected?

When did the church first elect an African-American bishop?

In 1858, Francis Burns was elected and served as a missionary bishop of the Methodist Episcopal Church in Liberia.

His early life was spent in Greene County, NY. His family was poor, so at the age of 4, he was indentured to a Methodist farmer. He joined the Methodist Episcopal Church at 15 and was interested in the ministry, but was not free until age 21. He was first licensed to preach in Windham, NY, still an active circuit in the Catskill Hudson District.

He served as a missionary teacher and leader in Liberia for many years before and after his election as bishop. In declining health, he returned to the United States and died in Baltimore in 1863, three months after the Emancipation Proclamation. His body was returned to Liberia where he was buried.

The first African-American bishops to serve in the United States were Robert E. Jones and Matthew W. Clair Sr., elected in 1920 in the Methodist Episcopal Church. Jones and Clair were elected as full general superintendents, not limited to work in Africa like Burns. 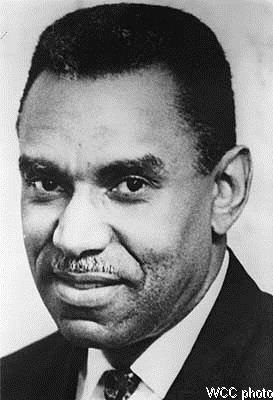 Clair served in Liberia and Kentucky. He gave the public prayer in 1924 when President Calvin Coolidge dedicated the statue of Francis Asbury in Washington, D.C. Clair is the first bishop to have a son, Matthew W. Clair Jr., also elected bishop.

Bishop Hughes was ill at the time of his election and died 19 days after his consecration.

King, a member of the Northeastern Jurisdiction and pastor of St. Mark's Methodist Church in Manhattan, was the first bishop elected by another jurisdiction.