“A prophet and dreamer whose dreams have come true”

In 1920, following the passage of the woman’s suffrage amendment, Elizabeth Upham Yates became the first woman in the United States to run for high state office when she was nominated for lieutenant governor on the Democratic ticket in Rhode Island. At the time of her nomination, she was described as “a pioneer suffrage worker who has lived to see her dreams come true.”

Born in Round Pond, Maine, in 1857, Yates was one of the earliest women in the Methodist Episcopal Church to receive a license to preach. She was the first Methodist woman from Maine licensed to preach and one of the first in New England, along with Anna Howard Shaw and Anna Oliver.

In 1880, Yates became the first woman from Maine to be sent as a missionary to China under the auspices of the newly organized Woman’s Foreign Missionary Society. The New England Branch of the Society reported that she was very successful “in laboring among the women, having a real love for this ‘personal’ effort so essential to the missionary effort anywhere.” She subsequently published a book titled “Glimpses into Chinese Homes.”*

Upon returning to the United States, Yates became deeply involved in both the temperance and woman’s suffrage movements, lecturing across the country.  In the 1890s, she was often on the stage with other well-known suffrage advocates such as Shaw and Susan B. Anthony. Yates was a popular lecturer, described as having a “splendid voice, … an eloquent and finished orator” and “one of the ablest lady public speakers in America.” 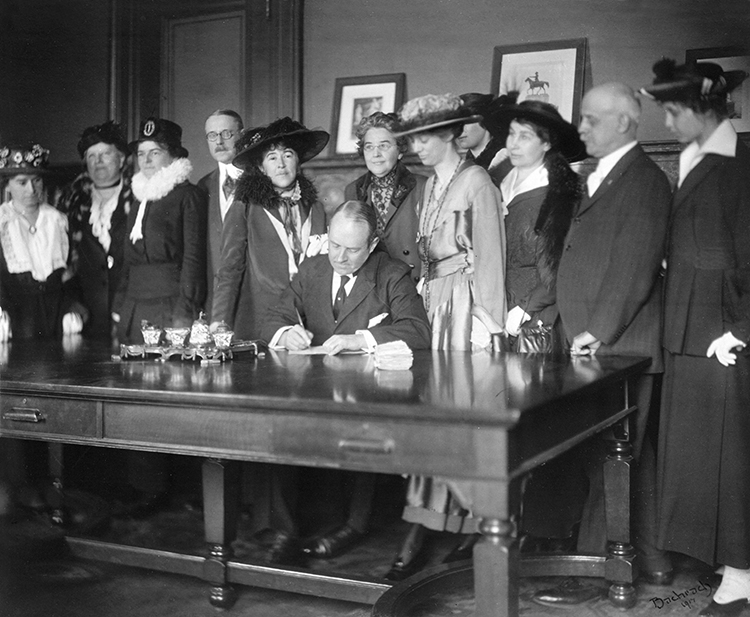 In 1888, when a number of lay women were nominated by their conferences as delegates to the Methodist Episcopal General Conference for the first time (including Frances Willard, president of the Women's Temperance Christian Union), Yates was elected as a reserve lay delegate from the East Maine Conference. Though annual conferences would continue to nominate women as delegates, it was not until the General Conference of 1900, that women would be granted permission to be seated as delegates to General Conference. That year, Yates wrote in an article published by the National American Woman Suffrage Association, “At the last General Conference of the Nineteenth Century, progress broke the bars of conservatism, and the door swung wide open. By an overwhelming vote, women came to a place of equal power in the councils of the church, in accordance with the lofty Hebrew story of the morn of creation, when men and women were given joint dominion in the earth.”

Yates continued an active life of advocacy for temperance and suffrage. She was elected in 1909 as chairman of Presidential Suffrage in the National American Woman Suffrage Association, where she led the charge to call for state legislatures to permit women to vote in presidential elections. That same year, she was elected president of the Rhode Island Woman’s Suffrage Association (1909-1914) and honorary president for a succeeding five-year term. In 1917, she stood directly behind Rhode Island Governor Robert Livingston Beeckman as he signed the Women’s Suffrage Act, which permitted women to vote in presidential elections in that state. Her 35 years of campaigning in this cause helped lead to the passage of the 19th Amendment to the U.S Constitution in 1920, granting female citizens of the United States the right to vote in all elections. In 1920, at age 62, she became the first woman nominated for lieutenant governor or any high state office in the country.

After many years of public service and advocacy, Yates retired from public life in the 1920s, living in Providence, Rhode Island, until around 1940, when she moved to live with her sister, Sarah Yates Comery, in Watertown, Massachusetts. Sarah died in 1941. Elizabeth died in 1942.

Yates was lauded in Volume VI of the book series "History of Woman Suffrage" as a “prophet and dreamer whose dreams have come true.”

* While Yates’s book was pioneering in missiology and sociology for its attention to descriptions of home life, it also reflected the attitudes and biases of many American missionaries at the time. The current UMC approach is committed to “a global understanding of mission as the presence and action of God in the world, who invites us to participate in all areas of service, and to a practice of mission ‘from everywhere to everywhere.’”