Who are Korean pioneers in Methodist history? 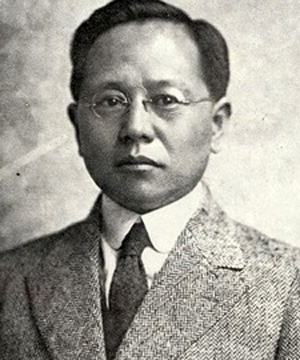 The Rev. Ju-sam Ryang is called the “Asbury of Korea” because he played an important role in unifying the two Methodist denominations of Korea and became the first Korean Methodist bishop.

Ju-sam Ryang was born on January 25, 1879 in Pyung-An province. He became interested in the church through reading books by American missionaries. In 1901, he entered a mission school of the Methodist Episcopal Church, South, in Shanghai, China, and was baptized by Principal Rev. Parker.

After graduating, he settled in San Francisco in late 1905 and served as an assistant pastor at a Korean church. In 1910, he entered seminary at Vanderbilt University. While in seminary, he was ordained a deacon, becoming the first Korean clergy ordained in the Methodist Church. After graduating, he studied further at Yale University Divinity School.

In 1915, he returned to Korea and became the first Korean professor at Union Theological Seminary (the current Methodist Theological University) to study in the United States.

The Rev. Ryang was a passionate evangelist. He organized 150 churches and was responsible for the conversion of thousands of new Christians.

During the Korean War, he served as the president of the Red Cross. When North Korean troops invaded the South in 1950, he was captured at his office and taken to the North where he was martyred. 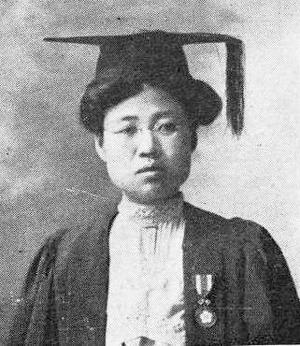 Esther Kim was born into a poor family in Seoul in 1876. At the time, education and medical care for women were limited. However, traditional social norms for women were changing, and Esther Kim Pak became a pioneer as a woman in the medical field.

Kim’s father worked for the Rev. Henry Appenzeller, an American Methodist missionary. Through the Rev. Appenzeller, he learned about the school for girls opened by the Woman’s Foreign Missionary Society (WFMS) of the Methodist Episcopal Church. Esther entered the Ewha School, the first Western school for Korean girls, at the age of 11.

While in school, she converted to Christianity and was baptized by the Rev. Franklin Olinger, another Methodist missionary. She was given the name "Esther" at her baptism (her birth name was Kim Jum-dong).

After graduation, she served as a translator for American physicians at Korea's first hospital for women only, founded by Mary F. Scranton with the support of the WFMS. Though at first she was hesitant about serving as an assistant surgeon, she was greatly moved when she saw Dr. Rosetta Hall operating on and fixing a cleft palate, a condition thought at the time to be untreatable. Kim determined to study medicine and help people suffering from diseases.

She married Pak Yu-san at the age of 17, arranged by Dr. Hall. They were the first couple to hold a Western wedding ceremony at the church in Korea.

She moved to the United States with her husband and became a student at the Women's Medical College of Baltimore in 1896. While she was studying, her husband worked on a farm to support her, but he died of tuberculosis three weeks before her graduation.

In 1900, she returned to Korea and became the first Korean woman physician. She treated more than 3,000 patients in the first 10 months after arriving home and continued to practice medicine for 10 years. She died of tuberculosis on April 13, 1910, at the age of 34.

Esther Kim Pak was the first of several Korean women influenced by Methodist women missionaries to become pioneers in medicine and education in Korean society.