Gerald A. Close knew from an early age that he wanted to be a missionary.  He was born and reared on a farm near Cando, North Dakota, and attended a Methodist church in his youth.  He received his B. A. degree from Taylor University (Upland, IN) in 1953 and his medical degree from Northwestern University Feinberg School of Medicine (Chicago, IL) in 1957.  Shortly thereafter, he enrolled at the London School of Hygiene & Tropical Medicine in preparation for his mission service abroad. 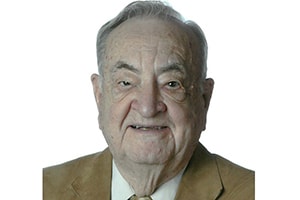 Dr. Close and his former spouse served as missionaries in Zimbabwe, the former Southern Rhodesia, for ten years - from 1960 until 1970.  Three of their five children grew up in Zimbabwe, and the fourth child was born there.  The couple chose Zimbabwe as their mission site for two reasons.  First, Mrs. Close’s aunt, Marguerite Deyo, was serving as a missionary at the Mutambara Mission site at the time, and the girls boarding school at the site had been named in her honor.  Secondly, Dr. Close had befriended a fellow student while at Taylor University, Elisha Mutasa, who was the son of Chief Mutasa of Manicaland Province.  Elisha spoke often of his beloved homeland and of his intent to return.

Dr. Close was the first medical doctor to be assigned to the Mutambara Mission Hospital located in the Manicaland Province.  During his missionary service, Dr. Close said that he grew to love and appreciate the country and its gracious people. He formed many close friendships that have continued over the past fifty-nine years.

Dr. Close returned to Zimbabwe twice since leaving in 1970.  He returned in 1981 to ascertain how the country was faring after gaining its independence in 1980, to visit with many old friends, and to re-acquaint his three older children with the country of their youth.  He returned in 1997 to visit the new United Methodist-related pan-African university that had been built at the Old Mutare Mission site – Africa University.

Dr. Close has kept abreast of the university’s development over the years and has been a long-time supporter since his first visit to the campus.  He recently revised his estate plans to include the university as a beneficiary. When asked why he did so, he thoughtfully replied, “I believe strongly that education is the key for the continued development of Zimbabwe and the continent of Africa.  My hope is that my gift will help educate talented young men and women, regardless of economic status, for leadership roles in their respective countries.”