From helping The United Methodist Church understand how the past informs the denomination's future to managing $23 billion in pension assets, the work of the administrative agencies touches ministry in myriad ways.

United Methodist Communications is designing an overarching communications system to serve the entire denomination, strengthen local churches, and give leaders and members greater access to resources, its top staff executive says, while the General Finance and Administration (GCFA) agency — in addition to managing apportioned funds and collecting data — works to reduce costs to save money for ministry.

United Methodist Archives and History will lead the church in observing its 50th anniversary, while the pension agency manages pension assets for more than 100,000 participants.

"A 2018 focus on the 50th anniversary of the merger that created The United Methodist Church can help the denomination as it faces current divisions", said the top executive of Archives and History, the Rev. Alfred Day III.

"When there is so much division in the air, it is good to remember a conscious decision to embrace unity," said Day.

The April 23, 1968, merger of the Methodist Church and the Evangelical United Brethren Church came just weeks after the assassination of the Rev. Martin Luther King Jr., at a time when there was great political division in the U.S. over the Vietnam War, Day said. 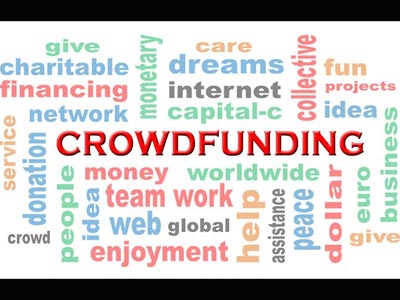 The General Council on Finance and Administration published a guide in 2017 for U.S. churches considering crowdfunding sites. Illustration by Dieter Scheppeit, courtesy of Pixabay; modified by UMNS.

"With tumultuous stuff happening all around the world, the church was a witness to what unity looks like. We recognized how we can be better together than alone," Day said. He hopes remembering that moment can be helpful as the church seeks unity.

In 2017, UMCom invested in a new customer relationship management system that will allow the denomination to have a communications database of members, leaders and seekers, who will be able to choose the information they want to receive, Dan Krause said.

"In a membership organization like The United Methodist Church, our members, who live in the world in a 2018 context, expect that their membership information would be shared within the denominational structure," Krause said. People will be able to manage their profile and preferences for resources, opt in or out, and know they won't be spammed.

It's easy to think of the GCFA as the denomination's numbers people.

However, ministry — not the digits on a spreadsheet — drives the agency's efforts, says Moses Kumar, its top executive.

"The first question we always ask with any new project or program that we start is: How will it benefit the local church?" Kumar said.

Kumar said the agency works to reduce the costs of church operations "so any dollars saved can be used for their ministry."

"The local church needs to know we are there to enhance the ministry in the area of administration and finance so they can bring people to Jesus Christ," he said.