A Journey of Epic Uncertainty to Profound Compassion

You know all those apocalyptic and pandemic movies and TV shows where a pathogen gets released and the whole world goes into panic? Governments start quarantining whole cities and closing borders. We are kind of in that exact scenario. I have to admit, I was one of those folks who was not taking things too seriously. I had vacation time coming up and I had this awesome Europe trip planned with my best friend Anna and a second leg of the trip with my dad. I was determined to make my trip so I ignored many warning signs that this situation was escalating quickly. In my stubbornness, on March 5 I packed my bags and headed over to Madrid, Spain, a COVID-19 epicenter.

I was not completely ignorant though: I did have plenty of hand sanitizer and disinfecting wipes with me. I washed my hands every time I could. I have never been more aware of what my hands touch. I explored all of Madrid, on foot, by car, on trains and subways and I came into contact with a lot of people. The city went about its business as usual. There were no warning signs that the city was an epicenter. No one had masks or gloves on, except for fashionable mannequins at various storefronts. I figured that if the people were going on about their day, everything was all right.

After a few days, Anna went home to New York City, and my dad caught up with me in Madrid. We planned to travel to different areas of Spain with a rental car before hopping over to other countries. For years, my dad avidly followed Spanish news stations and got Spanish news alerts on his phone. While exploring the city, he kept getting alerts of the updated number of cases in Spain. Literally overnight, the number reached 5,000 people infected in Madrid. That morning I noticed people starting to wear masks. I stopped by a corner store to buy some water. The woman at the register had pushed the counter to block the entry door and was asking customers what they were purchasing. I told her I just wanted a water bottle. She put it on the counter, and asked me to put the money on the counter. She sprayed the euros with Lysol and put it in the register.

Things were changing quickly. At restaurants and on the streets, I could overhear locals saying that Madrid would be quarantined for 15 days. No one would be allowed to come in or out of the city. That was incredibly concerning as we already had plans to drive around Spain. I decided to cut our Madrid stay short so we could get out of the city before it closed. 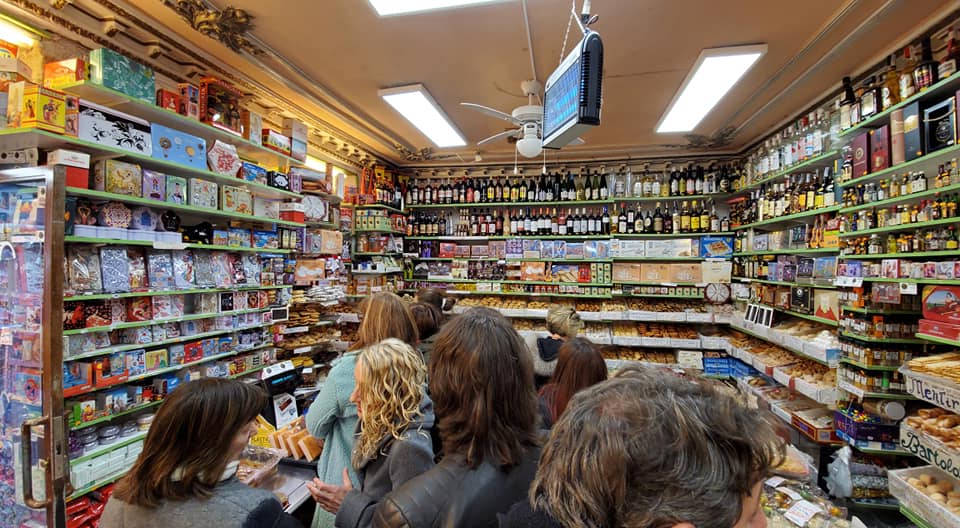 That night was the first time I saw the supermarkets full, and the first time I saw a toilet-paper hoarder walking down the street wearing a mask and what looked like dish-washing gloves. After seeing the T-P hoarder, I headed back to the hotel and turned on the news. Cases were almost 8,000 in the city. But I decided to go to sleep early because the next day we were picking up the rental car to head down to southern Spain. 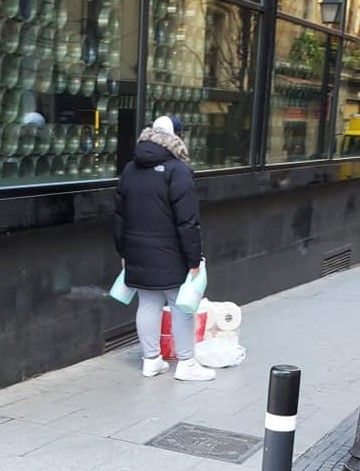 Around 2 a.m. my dad’s phone rang. Pretty much the only person who calls my dad is my mom. So when that phone rang at two in the morning, we both shot up and looked at each other with panic because we knew that if mom was calling knowing at 2 a.m., it was to tell us some major development went down while we slept. My dad rushed to get the phone, and put it on speaker. “Trump just said he is closing the US border on Friday to anyone coming from Europe for 30 days, get out of there now,” she said. Mind you that at this point, his administration had not clarified that the order did not apply to US citizens. It was several hours before that clarification came through. But at that moment, 2 a.m. Spain time, it was Thursday. Most flights take more than a day to arrive back to Florida, where my parents live. We would not make the deadline. I immediately grabbed my phone and started searching for new flights. There was no time to call and try to switch our original return flight. Everyone was waking up to loved ones calling with the same news. Airlines were about to get jammed and flights were about to get crazy expensive. Therefore, I bit the bullet and decided to book the first flight out whatever the cost was.

Within fifteen minutes I found us a flight back to Florida leaving at 7 a.m. Knowing the chaos that was about to unfold at the airport, we packed in ten minutes and headed out. When we got to the airport, all the airline counters were closed and there were about four people ahead of us in line to check in. 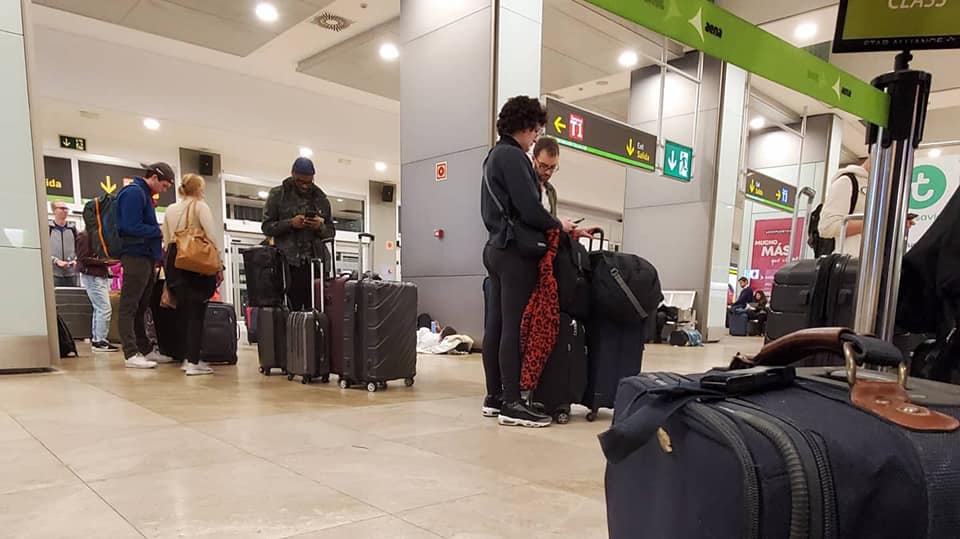 Within 30 minutes our line, along with every other airline counter line, grew out the door. I could overhear airport staff calling their employees to come in a few hours early because of the emergency. We heard stories from other Americans about how they heard the news. I met a girl from Michigan who was out with friends at a bar and grill. She said when news broke people started scrambling at the restaurant, people on the streets were running and yelling the news into other bars that Americans had to check the news and call home.

For the next hour until ticketing opened, we all shared stories of what it took to get to the airport and get flights. We also all shared the uncertainty of getting stuck in Spain, in another country in a layover, or being quarantined once we arrived at any airport in the U.S. There was an epic level of uncertainty in the air. I have never felt so powerless. I was at the mercy of our government and another nation’s government. Here I was fleeing a country I have known for only a few days, not knowing if I would be allowed home. The only comforts I had were that I was with my dad, I had a credit card with a pretty good limit and I am fluent in English, Spanish and some Portuguese. Whatever happened, I was not alone. I would be able to communicate and somewhat afford to be stranded indefinitely.

At some point, it finally settled that my vacation was over and instead I was fleeing a country in the middle of a pandemic. I realized that even though I have the resources to get out of Spain and a cell phone with apps to book everything I need easy-peasy, I still felt powerless and uncertain about my immediate future. At that moment I could not imagine what it must feel like to be a refugee fleeing with barely the clothes on my back. I began to feel this profound level of compassion for those communities.

Many parts of the world have been dealing with war, famine, disease and violence long before this pandemic. So for them, uncertainty is a normal part of life. Coronavirus has given all of us a little bit of a taste of what other parts of the world have been dealing with for years, decades, and even centuries. Although we don’t know how many more weeks of quarantine we will have to endure, we do know that this will eventually pass and the majority of us know we will get back to normal. But remember to have compassion for those experiencing hardships during this pandemic, for those who will not be able to get back to normal, and for those who know no other way of life than to be in a permanent state of emergency in their part of the world.

As for how my story ended: Thankfully we made it back into the US with no problems and I am back home in Nashville, Tennessee.