Every four years, The United Methodist Church convenes at General Conference. May 10-20, 2016, 864 delegates elected by their annual conferences—half of them clergy and half laity—will gather in Portland, Oregon, for the latest conference. They will consider more than 1,000 petitions that will order the work of our churches, pastors, and agencies, and set official positions on a variety of subjects.

Conferencing is part of our culture as United Methodists. In the earliest days, each of the churches that would join to form The United Methodist Church met in conferences.

John Wesley first called Methodist preachers together in 1744 for a conference in London. When the Methodist movement spread to America, the preachers gathered there for the first time in Philadelphia in 1773.

During the Revolutionary War between England and the American colonies, many Anglican pastors returned home to England, causing a clergy shortage in the new nation. When the Methodists gathered for the Christmas Conference in 1784 at Lovely Lane Chapel in Baltimore, Maryland, they formed a new church, The Methodist Episcopal Church.

The Methodist Episcopal Church preachers would continue to gather in conferences where they published the first Book of Discipline in 1785, and adopted their first constitution in 1808. In 1792, they decided to meet every four years, a practice we continue today!

Shortly after the Christmas Conference, Jacob Albright set out to spread Methodism to the German-speaking people of Pennsylvania. In 1803, those Methodist class meetings met in a conference where they ordained Albright to lead them. In the years that followed, they would name themselves the Evangelical Association, and would continue to hold conferences to lead the new church.

At about the same time, another group of German-speaking Pennsylvanians gathered under the leadership of William Otterbein and Martin Boehm. At their conference in 1800 they ordained bishops and organized themselves into a new church called Church of the United Brethren in Christ, and agreed to meet in annual "General Conferences." Soon they would also move to a quadrennial (once every four years) cycle. 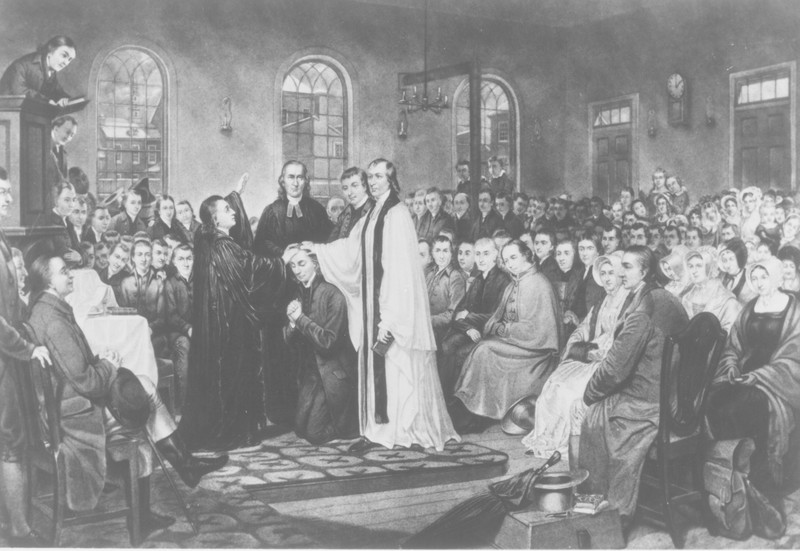 When Francis Asbury was ordained at the Christmas Conference of 1784, William Otterbein assisted in the ceremony. Image courtesy of the United Methodist Commission on Archives and History.

Abolishment of slavery: Slavery was a social topic discussed by The Methodist Episcopal Church almost from the very beginning. Many saw the evil of slavery, and a Committee on Slavery reported to General Conference through the early 19th century. At General Conference of 1800, The Methodist Episcopal Church issued a pastoral letter on abolishing slavery, and passed legislation further reinforcing their rules that no Methodist preacher should be a slaveholder or slave trader. Slavery wouldn't be abolished in the United States until 1865.

Women clergy: Though the church had appointed women to serve as class leaders from the time of John Wesley, and ordained women as early as 1866, it wasn't until General Conference of 1956 that women received full clergy rights in The Methodist Church. This year's General Conference will recognize the 60th anniversary of that decision.

Education: In the early 1980s, several United Methodist bishops from Africa dreamed of a university that would educate young people from all over Africa. Working with the General Board of Higher Education and Ministry, they brought the idea before the 1988 General Conference where it was overwhelmingly accepted, and Africa University (AU) was established. AU, the first private university in Zimbabwe, has graduated more than 4,000 students. 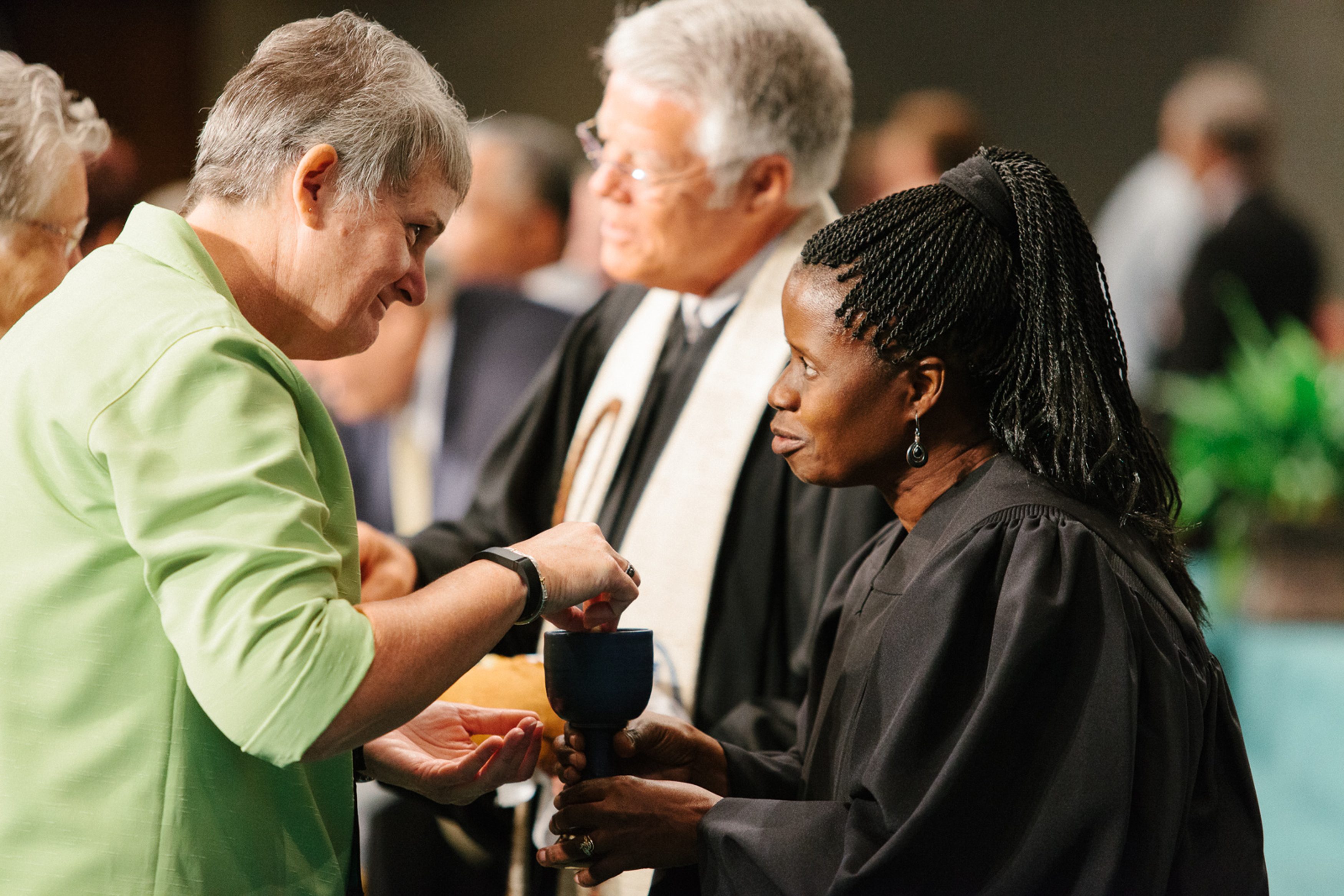 Global health: The 2008 General Conference showed the commitment of The United Methodist Church to global health with the establishment of Imagine No Malaria. This ministry was formed to be part an international effort to eradicate Malaria. Nearly $75 million have been raised and used to purchase mosquito nets, fund health facilities, train medical providers, and so much more. At General Conference 2016, we will celebrate the culmination of the Imagine No Malaria campaign, even as we continue to work toward improving the health of all the world's people.

Where is God calling us to go from here?

The theme of General Conference 2016 is "Therefore go…" These words begin Jesus' commission to us his followers: "Therefore go and make disciples of all nations, baptizing them in the name of the Father and of the Son and of the Holy Spirit, and teaching them to obey everything I have commanded you. And surely I am with you always, to the very end of the age" (Matthew 28:19-20 CEB).

There will certainly be challenges ahead, but there will also be opportunities to do great ministry across the globe. Through the grace of God, the wisdom of Christ, and the power of the Holy Spirit, General Conferences will continue to lead us into the future.

*Joe Iovino works for UMC.org at United Methodist Communications. Contact him by email.
Dale Patterson of the General Commission on Archives and History provided information for this story and the accompanying infographic.