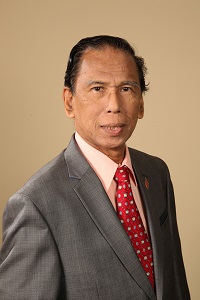 Ruben was born in Hagonoy, Bulacan, The Philippines.  He is an active member of Manila: Central UMC where he has held many positions including lay leader.  He is a retired Justice of the Supreme Court, former Presiding Justice, Philippine Court of Appeals and Manila Regional Trial Court judge.  He has served in the annual conference and in the Philippine Central Conference as president of the Board of Laity.  He is the president of the Philippine National Prayer Breakfast Foundation.  He is in his second term as a member of the Judicial Council having been elected in 2008 and, again, in 2016.  He is married to Ellie, a lawyer,  and has four children and ten grandchildren.